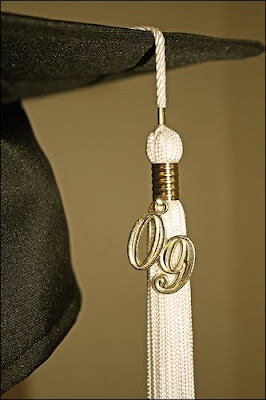 Consider how special it is to graduate in December! So many others are June grads, but at Latham, some young women get to graduate later in the year. It was a pleasure to attend two graduation ceremonies recently where two students at a time were acknowledged for the completion of their work at Latham.

To the strains of Elgar’s Pomp and Circumstance, each girl processed into a warm and loving environment filled with their excited and enthusiastic fellow students. Yes, they wore caps and gowns and carried special mementoes. Head of School, Lucy Foran, acted as Master of Ceremonies and three members of the staff spoke about each student’s progress at Latham and hopes for their future. There was lots of applause and acknowledgement from the audience. Some of the graduates offered special thanks and remarks on their schoolwork and success in many special endeavors. Then, of course, the photos began with the presentation of the Certificates of Completion, some received flowers, each received a Memory Book (a personal recollection of stories and photos of each student’s time at Latham) and each received an especially made commemorative quilt — beautifully conceived and crafted by a group of quilters in Harwich. There were lots of hugs — hugs of excitement, congratulations, encouragement, love and some teary goodbyes — everything a graduation should be. Latham is such a special place!

Keith Bradley, Member, Board of Directors

“There is a good reason they call these ceremonies “commencement exercises.” Graduation is not the end; it’s the beginning.”
~Orrin Hatch