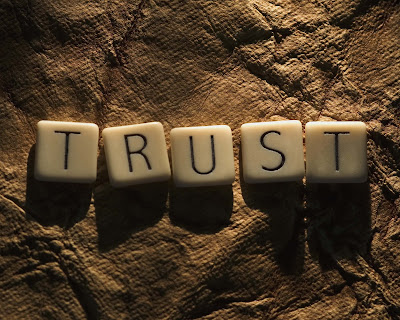 Life for those with a genetic disease called Prader-Willi syndrome, which affects an estimated one out of 15,000 people, can be challenging both for the patient and his or her family. Sufferers have an insatiable hunger that can lead to life-threatening obesity if access to food is not restricted. And worse, they have behavioral problems akin to autism. Tantrums and tears are common because these patients have difficulty understanding the motives of others and controlling their own emotions. But treatment with the brain hormone oxytocin may help bring both emotions and eating into balance, according to a new study.

Several clues pointed to the potential of oxytocin, often thought of as the “trust hormone.” Research conducted on the brain tissue donated after death from Prader-Willi patients showed that the hypothalamus (the body’s thermostat) has abnormalities in the nerve cells that produce this hormone. Moreover, the hypothalamus releases oxytocin in response to touching, social interactions, relaxation, and trust—all the things people with Prader-Willi syndrome have trouble with. And oxytocin treatments have improved the social skills of autistic patients. Finally, the hormone is thought to contribute to feelings of fullness after eating, “satiety” in scientific parlance.

To see whether oxytocin could benefit individuals with Prader-Willi syndrome, endocrinologist Maïthé Tauber of the Children’s Hospital in Toulouse, France, and colleagues injected oxytocin or a placebo into the noses of 24 adult patients. The researchers monitored the patients’ behavior; they also used cartoon stories to test patients’ grasp of social interactions and pictures of faces to see how well they could recognize emotions.

For the 2 days that patients were studied after treatment, those who were given oxytocin were significantly more trusting and less sad. They were less disruptive and had fewer conflicts with others. They also had higher scores on the tests evaluating social understanding, compared with the placebo-treated group.

The study, appearing online today in the Orphanet Journal of Rare Diseases, focused on behavior issues, which Tauber says “are harder to control than food intake.” However, the patients did eat less after the oxytocin treatment, and five did not finish everything on their plates, which Tauber says is unusual in Prader-Willi syndrome.

“The research of Tauber and colleagues is meticulous and very exciting,” says Daniel Driscoll, a geneticist at the University of Florida in Gainesville. There is currently no treatment for the disorder except behavior modification and diet control. Driscoll says a better understanding of the role of brain chemicals, such as oxytocin, may lead to better treatments at the various stages of this complex disorder.

The authors write that although longer-term, larger studies will be needed, the present work opens new perspectives for patients with Prader-Willi syndrome. “Because previous research shows abnormal oxytocin secretion, we hope that the treatment may not only improve the patient’s mood and behavior but also help correct the underlying problem,” Tauber says.

“Nature composes some of her loveliest poems
for the microscope and the telescope.”
~Theodore Roszak