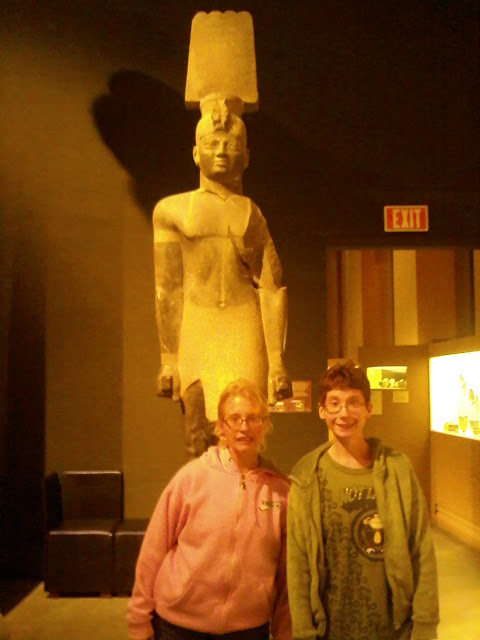 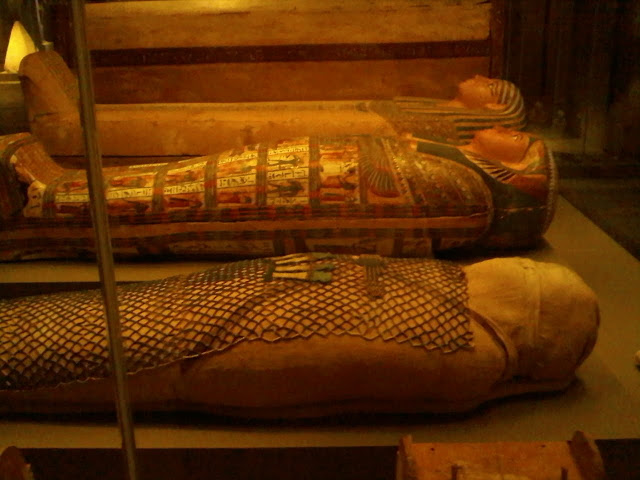 On August 28, 2009, the girls of the North Wing embarked on an afternoon trip to the Museum of Fine Arts in Boston, MA. After a smooth transition from the school shift, a few girls showered early and changed into their best city clothing for an afternoon of fun-filled museuming. Along the way to Boston, the group stopped at a D’Angelo’s Bistro in Hanover, MA where they met Donna, the helpful and friendly manager who had prepared all of their orders ahead of time. Donna kept the girls engaged with stories of her own special needs daughter. Upon leaving the dinner, the girls expressed their gratitude with not only the food but also the extra- friendly staff of D’Angelo’s.

When the group arrived at the museum, the girls immediately noticed the advertised Mummy exhibit. Everyone agreed that this was the must-see exhibit of the evening in Boston. With maps of the museum in hands, the children wandered from room to room with staff answering to much of their curiosity. On the second floor, in the Egyptian collection, the girls wandered wide-eyed, but found no mummies amongst the ancient hieroglyphics and antiquated stoneware. From there, they discovered the works of the Roman Empire, and then strolled into a room filled with classical Greek sculptures. The search for the mummies appeared unfruitful, despite their extra discoveries of the Italian Renaissance. Finally, one of the children returned to her map and discovered another gallery on the first floor—The Egyptian Funerary Arts. The girls decided this display would be the next stop, but not before stumbling upon a Modern Art collection. Viewers gathered around a 72 minute film of separate Madonna fans singing the same songs in sequence. While some of the girls stopped to go the bathroom, the others watched a filmed still life of a bowl of fruit growing mold. One student decided to ask a security guard how to get to the mummies. They wandered past the Matisse, past the Cézanne, past the Pollock, and past the Visitor’s Center, and finally into the Mummy Exhibit.

The deceased and mummified proved very exciting for the girls of the North Wing. They meandered past the bronzed ancient auras of the dead long-ago. They pressed their noses against the glass as their faces glowed with curiosity. Staff stood bombarded by questions only archeologists could answer. The trip back to Latham was silent and full of slumber, and one could overhear, resounding against the van’s radio, the still sound of dreams stimulated by the lost tombs of Egypt.

“If you want to understand today, you have to search yesterday.”
~Pearl Buck