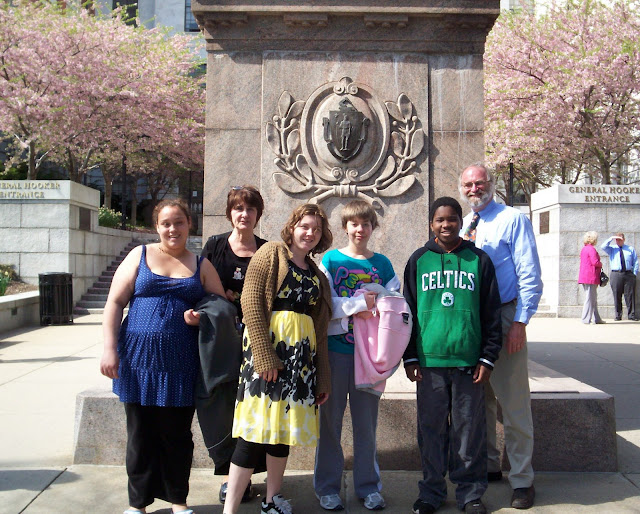 On Monday, April 27th, four students from the Latham School in Brewster visited the State House. They met with the Senate President, learned State House history from a well-informed tour guide, and watched our government in action. The group caught the feeling of political drama because it was a day when the Legislature was debating the raising of the sales tax.

After the students had their picture taken, Senate President Therese Murray, who is the first woman to hold this position, told them that the House of Representatives were debating the raising of the state sales tax. When asked how they felt about raising the tax on candy, all four Latham students were firmly opposed. One observed that, “This would really ruin Halloween.”

Students also experienced first hand the rights of citizenship in a democracy as a group of protesters marched through the halls during their tour, loudly but peacefully. Although the protestors made it difficult at times for the students to hear the tour guide, they learned the importance of freedom of speech, as well as the responsibility of citizens to be aware and involved in the legislative process.

“Information is the currency of democracy.”
~Thomas Jefferson