Collaborative Poetry of the North Wing 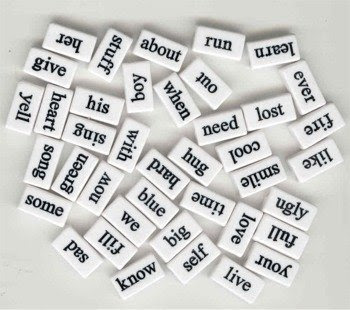 Mindfulness, or certain meditative acts, have been clinically proven to reduce stress and increase prosocial behaviors among practitioners (see Marsha Linnehan’s book, Dialectical Behavioral Therapy). Mindfulness can be anything from musical chairs to yoga and the larger focus is to partake in something nonjudgmental that causes the participant to be “in the moment.” Students in Latham’s Children’s Program regularly attend Social Skills Groups in which positive interaction with peers, active listening, conflict resolutions, and mindfulness exercises are practiced among all peers who live together in each residence. Students love these activities.

The following poems were collaboratively written by students in the North Wing during their Social Skills Group. Students sat in a large circle and were asked to say the first word that came into their minds. The imagery moved clockwise while a staff member acted as a scribe, writing down each word and image as they appeared. The result was highly image-driven collaborative poetry in the form of permeable, but slightly narrative verses which spoke to the collective consciousness of the group as a whole. This type of activity grounds the students in the present moment and helps to increase “mindfulness”.

A lily pad had love me
you, us, everybody.
I don’t know how
red cars race
trophy extravaganza.
Boy,
you’ve got to be kidding me.
Transformers,
lobster dinner,
cupcake,
aqua marine bakery.
Goodbye, fluorescent windows
glistened when the moon comes up
at Hogwartz—
Pretty twilight,
nice friends forget everything lovely—
cook out,
Burnt chickens.