Abstract Art For The Concrete Thinker 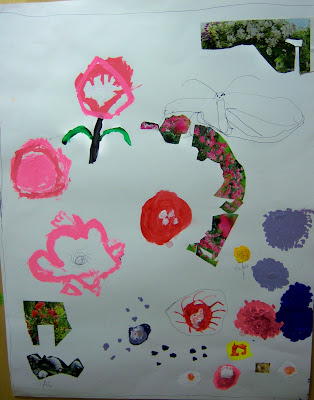 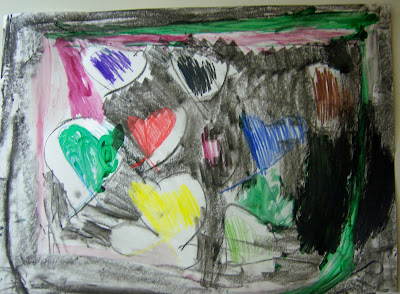 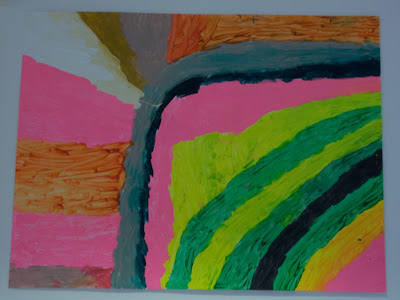 Individuals with Prader Willi Syndrome have traditionally been described as “concrete thinkers” (Forster and Gourash 2005). Indeed, often at our children’s program at Latham, we experience situations in which client stress is caused by deviations from perceptions of “how it should be.”  Clothing, shower rituals, incomplete projects, expectations of winning a game have all, at times, triggered our kids. Perseveration, sticky thinking, and difficulty viewing another’s viewpoints have been characterized within this framework of cognitive rigidity. These characteristics have lent themselves to interests in activities such as color-by-numbers, sorting cards, and jigsaw puzzles.

So if they’re that rigid, why would anyone take them to see abstract art? The simple answer is that they enjoy it. Since working with youth with PWS, we have made two trips to the Institute of Contemporary Art in Boston. The first, two years ago, proved successful as students viewed the large scale work of Damian Ortega. The kids appeared hypnotized by a disassembled Volkswagen Beetle whose suspended parts they could gaze at from every angle. The Institute’s Mediatech room, too, offered interactive videos exploring the themes of globalization and its relation to art.

This year, again, we trekked from our Cape Cod campus, up Route 93, and parked next to the Boston Harbor where we picnicked with our lunches (…and fruit and flavored water and condiments and dressing). Once inside the museum, some students noticed that the work of Ortega had been displaced, but the current exhibits did not disappoint. The current theme was Dance/Draw, and the students engaged in several befitting exhibits. They watched a video of Janine Antoni dipping her own head of hair into ink and using it as a brush, and then looked up close at the creations this act spawned. They viewed with quiet curiosity Fiona Banner’s drawings of drawing books. They entered a room constructed by Faith Wilding who had crocheted a life-size spider web out of yarn. One student commented that it reminded her of Coraline; another, of Charlotte’s Web. They walked through another room to watch a 3D video, entitled Ghost Catching, in which lines of light that resembled stick figures moved through a choreographed space. “It’s the Halloween room!” one student commented.

Many individuals with PWS have sensory processing difficulties (Miller 2007), and this could account for their interest and excitement for contemporary and abstract art. Much contemporary art not only engages the viewer but also invites the viewer into the piece with options for heightened awareness. Installations, videos, and the computer activity provided by the Mediatech room all provide examples of the way in which visual art can expand to fit the auditory and tactile needs of the viewer. Indeed, the way in which these students construct their own art with mixed media, clay, collage, and paint, reflects just how stimulated by sensory objects they can be. On our way back from the museum, the same student who obsesses over sorting beads yelled out “That was so cool!” Her comment spoke to a much larger lesson: because one thinks concretely, it doesn’t mean she won’t both enjoy and benefit from the abstract.